Whether you don’t like the taste of regular milk or you’re looking for a healthier alternative to regular milk, you may be tempted to try both soy milk and almond milk. If you want to learn about which type of milk is healthier and which type of milk may better suit your personal needs, simply continue reading to discover a handy guide on both forms of milk. Especially as both types of milk are a lot healthier and easier for your body to digest that standard types of milk. 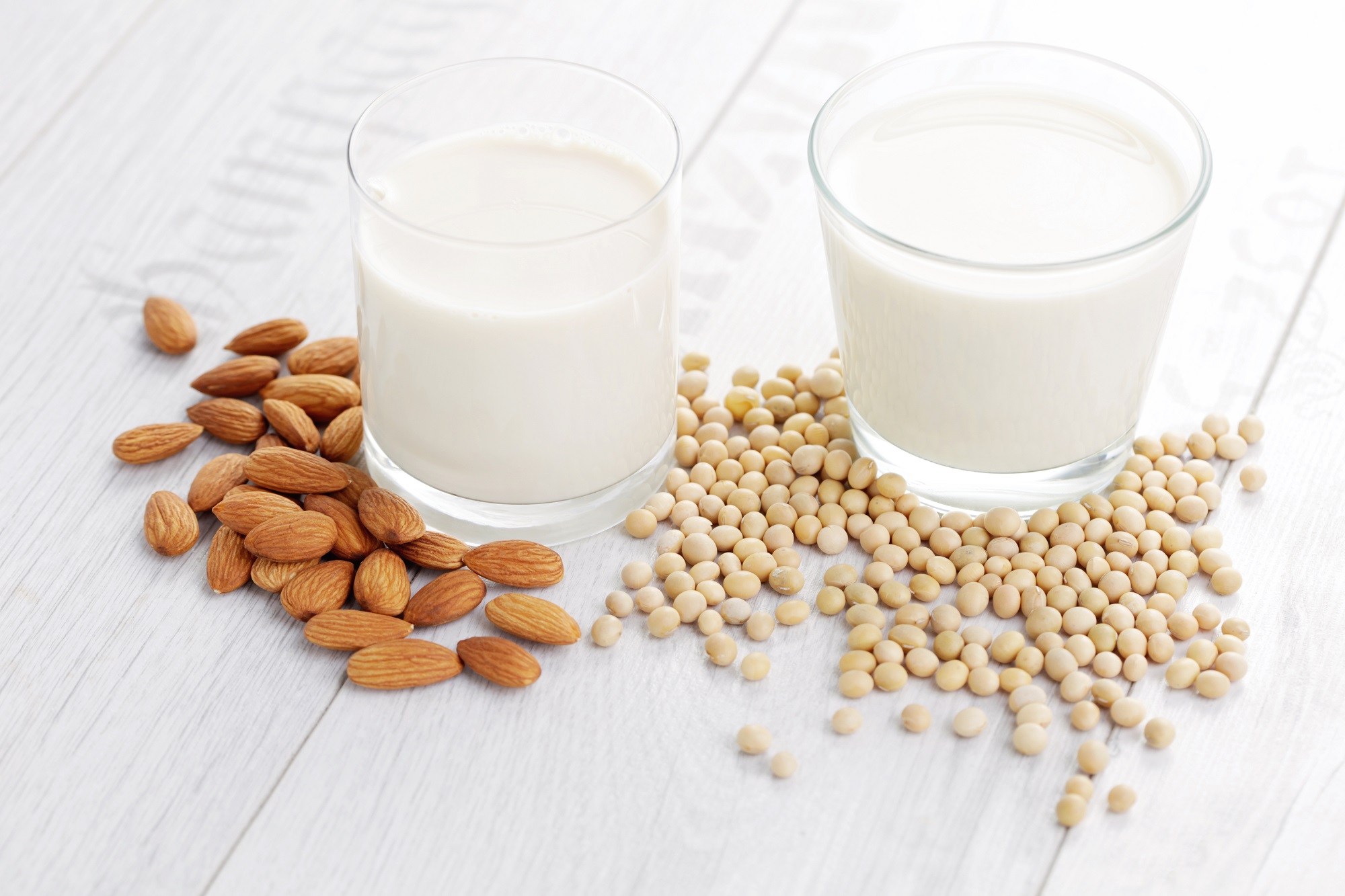 Which is healthier soy milk or almond milk?

If you’re curious which is better soy milk or almond milk the answer is that it depends on your individual needs. For example, if you simply want to start losing excess weight, you may want to opt for almond milk as the same serving of almond milk contains fewer calories than the same sized serving of soy milk.

As another example, if your goal isn’t to lose weight but to gain healthy muscle mass, which will also increase your metabolism, you may be better off purchasing and consuming soy milk as it contains more protein than almond milk. You may be surprised to learn that almond milk only offers 1 gram of protein per glass.

If you are interested in avoiding developing cancer throughout your life, you may be more interested in drinking soy milk as it features isoflavones which scientific studies have shown can help prevent the development of different forms of cancer.

Which milk is more beneficial for heart health?

While individual taste varies greatly and it’s probably best to try out both almond milk and soy milk for yourself to see which type of milk you can see yourself drinking on a regular basis, studies have shown that most people tend to prefer the taste of almond milk over the taste of soy based milk.

Also factor in any allergies that you may suffer from. For example, if you have a nut allergy you won’t be able to safely digest almond milk and will need to opt for an alternative such as soy milk or rice milk. While if your body struggles to process soy based products, it’s important to steer clear of soy milk.

So simply choose the type of milk, either soy milk or almond milk which best suits your individual needs as both types of alternative milk feature a whole host of nutritional benefits.